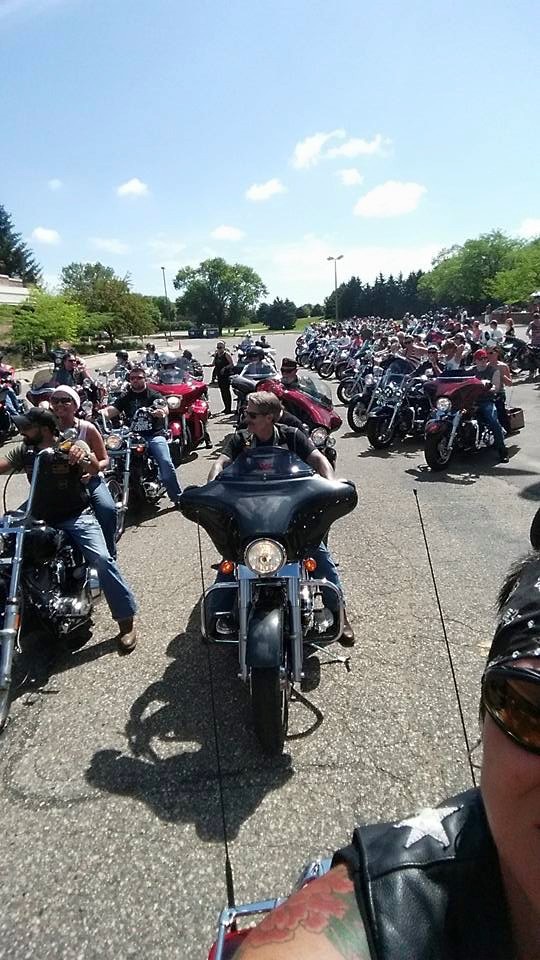 The Ben Kopp Memorial Ride is an annual 2-day event hosted by 1st MN H.O.O.A.H that raises funds for veterans and their families in the state of Minnesota. We host a dinner and a silent auction on Friday night and a 150 mile motorcycle ride on Saturday morning. A pig roast follows the ride. We start and end at Bogarts Place in Apple Valley. Ben Kopp was a Rosemount, MN native who died of wounds received during his third deployment as a US Army Ranger. The BKMR uses Ben’s name to raise awareness and educate the public about the sacrifices our fallen and our veterans have made in the name of Freedom. This is a celebration of honor for those men and women. Ben deployed twice to Iraq before going to Afghanistan in May of 2009. On July 10th, during a firefight with the Taliban, he saved six of his fellow Rangers before being shot in the leg. His leg was surgically repaired, but the injury caused trauma his body wasn’t able to recover from. He died on July 18th at Walter Reed Army Medical Center in Washington, DC.
Prior to his death Ben had written in a living will that he wished to be an organ donor.  His heart still beats in Judy Miekle of Winnetka, Illinois. His liver and kidneys went to a gentleman in the Washington DC area. In addition to the major organs, he also donated bones, skin and tissue. It is estimated that Ben’s gifts of organ donation saved or enhanced the lives of 60 people.
Several of his Ranger and civilian friends have had the privilege of putting their hand on Judy’s heart to feel Ben marching on.
In life and in death, Corporal Benjamin S. Kopp is a HERO. His selfless spirit lives on in the hearts of all who knew and loved him.
+ Google Calendar+ iCal Export