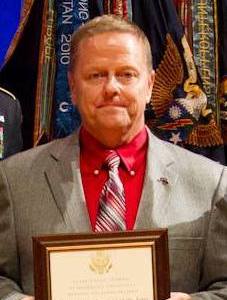 Bob Sebastian enlisted in the United States Army in May of 1983. Following the completion of One Station Unit Training and Airborne School at Fort Benning, Georgia, he was sent to Fort Lewis, Washington where he completed the Ranger Indoctrination Program. Then, SPC was assigned to 2nd Platoon, Charlie Company, 2nd Ranger Battalion 75th Ranger Regiment. SPC Sebastian conducted himself with the upmost honor and integrity throughout his service to the 75th Ranger Regiment. While conducting a jungle training exercise in Panama, SPC Sebastian injured his right knee. SPC Sebastian continued to selflessly serve the 2nd Ranger Battalion; however, due to complications of his injury, SPC Sebastian was honorably discharged from the military in February 1986. Since his separation from the military, Bob Sebastian’s life of living the Ranger Creed has been nothing short of exemplary. In 1999, Bob purchased his first auto repair shop. Over the next 14 years he was able to expand to nine locations with almost 100 employees. He vowed to give back to the community by setting the example for others to follow. Over the years Bob was able to give free oil changes to anyone who donated to the local food shelf, free oil changes for donations to a local police department in order to purchase two working dogs, sponsor several school sports teams, as well as provide donations to many other local charities. Because of his desire to give back to the 75th Ranger Regiment, on 09 April 2011 Bob placed 2 care packages in the mail with CSM Merritt’s name on them. His goal was to do this every other week. After just one month of mailing Rangers care packages he founded Helping Out Our American Heroes (H.O.O.A.H) with the help of his wife, Melissa Sebastian, Ranger Rocky Otte and his wife Diane Otte and Ranger Brett Beaudette and his wife Cathy Beaudette. The foundation quickly began to grow and continues to support all of the military while also still supporting the 75th Ranger Regiment. 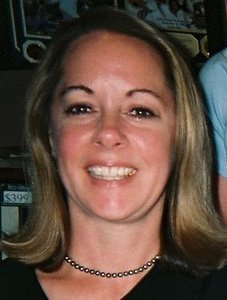 Melissa Sebastian, one of the original co-founders of H.O.O.A.H., currently serves as Treasurer on the National Board of Directors. Melissa’s grandfather served with the Army in WWII where he was shot in the chest and received a Purple Heart. The family didn’t talk much about his service, or the military. It wasn’t until she met her husband, Bob (served in the Army with the 2nd Ranger Battalion) that she really learned about the selfless sacrifices our military men and women, and their families, make on a daily basis to keep our country free from harm.

In early 2011, after almost 10 years at war, Melissa and Bob decided it was time to do something to give back to those who serve and had served. They, along with two Ranger buddies and their wives, formed H.O.O.A.H. and started sending care packages to deployed troops. H.O.O.A.H.’s mission is “to lend support to forward deployed servicemen and women, their stateside families and returning veterans with a high level of understanding, compassion and empathy”. While H.O.O.A.H. still sends care packages to deployed troops, they’ve branched out to do so much more. Melissa tries to live H.O.O.A.H.’s mission every day and gives back to the military and veteran communities because it’s the right thing to do.

Melissa and her husband travel in an RV to explore all the wonderful sites and places in the USA. They’ve been able to attend H.O.O.A.H. events throughout the country and meet a lot of troops, veterans and their families at various military gatherings. Melissa also enjoys reading, crafting and puzzles of all kinds: crossword, sudoku, jigsaw, kakuro, ken-ken and more.