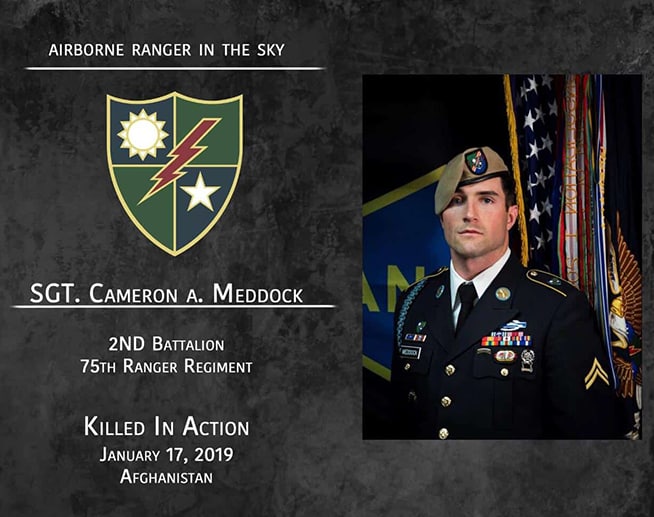 1st H.O.O.A.H Minnesota is an all-volunteer lead 501(c)(3); we are patriotic citizens committed to serving our veterans and their families by building relationships, identifying and supporting their immediate and longer term needs. We are dedicated to promoting public awareness of the many sacrifices made by our Armed Forces.

Our Mission is to Support the morale and well-being of our Armed forces by providing comfort & resources to them and their families both while they are deployed and after their return, assisting our veterans during their transition to civilian life after military service.

Post Traumatic Stress Disorder or PTSD. We hear a lot about it, but what is it and what can we do about it? By definition: A mental health condition triggered by or experiencing or seeing a terrifying event.

On August 15, 2020, HOOAH, Helping Out Our American Heroes, will hold its 6th annual… Read More

In April 2020, HOOAH, Helping Out Our American Heroes, was on high alert for the… Read More

Subscribe to our newsletter for our latest news and updates. 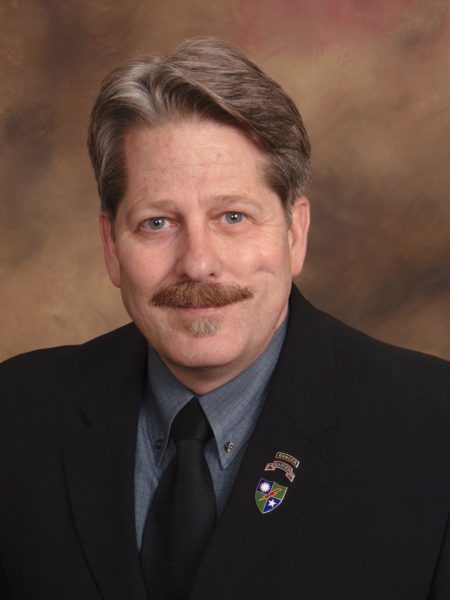 Rocky Otte is the plant manager of a precision metal fabrication facility in the Minneapolis Metro area.

He served in the United States Army with the 1st Ranger Battalion 75th Infantry. After leaving the army he entered a technical college to become a foundry pattern maker and went to work for a leading pattern shop in Blaine, MN.

His love for the army motivated him to enlist in the Army Reserves and continue his service to country.

He continued to further his education and completed many vocational industrial trade schools. His vocational background in the industrial trades eventually earned him a top management position in his company. In this position he helped spearhead the planning and operational set-up of rapid prototyping an manufacturing facility’s in Detroit MI, London England and Cologne Germany.

Rocky enjoys giving of his free time to charitable organizations, he volunteered many years to assist a nonprofit called “Bikers for Make – A – Wish” and helped them raise over 1 Million dollars for very ill children. In the spring 2010, Rocky and two Army Ranger buddies co-founded a 501c3 nonprofit called H.O.O.A.H. Inc. (Helping Out Our American Hero’s) in Minneapolis, MN.

H.O.O.A.H. Inc. Is an all volunteer nonprofit whose standing orders are 100% of all proceeds raised goes back to our service men and women, our veterans and their families.

Rocky’s mantra and the value he holds dear is: May we continue to pay forward in kind all that has been given up for us in the name of freedom; it is never free…

Rocky currently resides in the Minneapolis MN vicinity with his loving family and wife of 38 years. 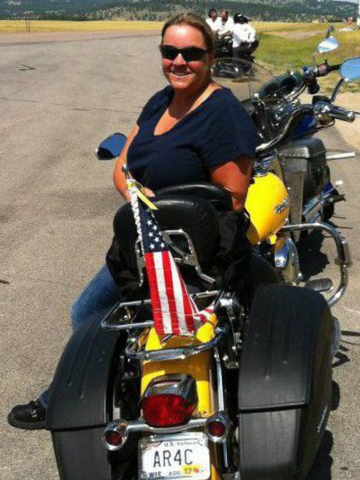 Cheryl Zimm is an Air Force veteran having served from 88-92 stationed with SAC Headquarters at Offutt AFB.

Her passion is helping Veterans of all era’s and all branches as well as their families. Additionally, she has a deep desire and concern to help homeless Veterans as well due to a personal connection.

Being involved with organizations whose main goal is to help Veterans is important to give back; “to pay it forward”. Cheryl’s goal is to educate those who are unaware of the adversities veterans face daily and make sure that we help them succeed in healing and living the fullest life that they deserve.

In her spare time she enjoys spending time with family, friends and motorcycle riding as much as possible.
Remember those who are serving, those who have served and those who have given the ultimate sacrifice. Freedom is never free. 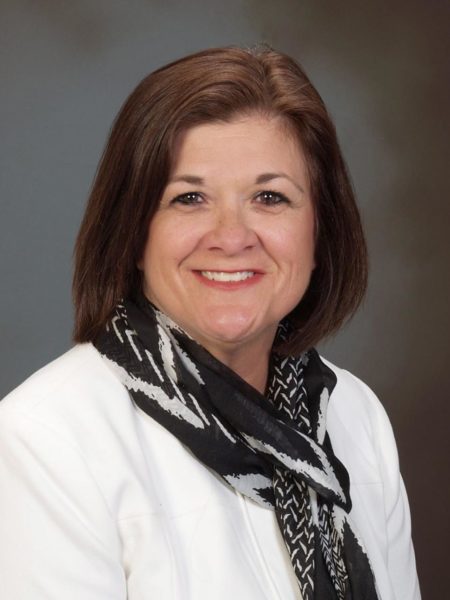 Diane Otte has been involved with H.O.O.A.H (Helping Out Our American Heroes) from the beginning of the organization in 2011.  Diane has served with H.O.O.A.H as the State Secretary, National Secretary and in her most current position as State Treasurer.  Diane’s day job is an Account Executive at NFP.  Diane is married to Rocky Otte, co-founder and President of 1st H.O.O.A.H.  She has three children and seven grandchildren.  Being involved in H.O.O.A.H has given her and her family the opportunity to work with Veterans and their families in aiding them with the transition for active duty to civilian life. 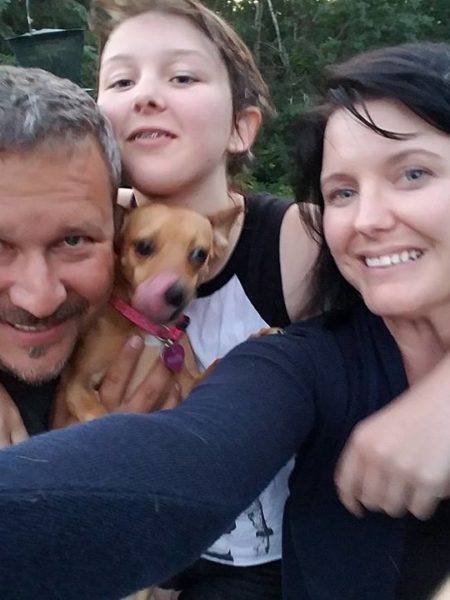 My name is Douglas Kotulski. I was born in Chicago and grew up in Wisconsin. In 2012 I moved to Australia for a year where I met my wife and daughter. We moved to Minnesota in 2013 and have been here since.

For the past 20 years I’ve worked in IT. I am employed with Best Vendors \ Compass Group USA working from their Minneapolis office. A few of us in the office realized there were many musicians at Best Vendors. We had this hair-brained idea to have all of these musicians\bands get together for a concert and turn it into a fundraiser to benefit Veterans. Bands for the Brave was born. Bands for the Brave was my introduction to the HOOAH team. I was impressed from the very beginning working with these folks and when given the chance to be on their leadership team, I jumped at the chance. Doing good on others because it is the right thing to do.

In my free time, I like to ride my motorcycle. As a child of the 80’s, I enjoy listening to the “big hair” bands.  I sing in a cover band that focuses on that material. I consider myself very fortunate in my life so I like to give back when I can. I have worked closely with a number of charities over the years.  Working with HOOAH is the best experience I have had so far. I am a civilian that has a tremendous amount of respect and admiration for those who currently serve, or have previously served our country.  I am proud to be a part of the HOOAH organization!

Jennifer is a Communications Manager. Her greatest joy in life is being a wife and mother of five. Jennifer comes from a long line of Veterans. Her Grandfather was in WWI and II, her Dad was a B-17 bomber pilot in WWII, and her husband Ron is an air force veteran. As well as having several other family members such as brothers, nephews, etc serve.Jennifer has strived to instill in her children a generous heart. Her passion is giving back to those in need. Working with 1st HOOAH MN provides her with opportunities to help those who give their everything for this country. By giving support and aid to veterans and active duty especially to those fighting PTSD and helping prevent suicide Jen is able to say thank you to all who serve.Jennifer loves to bake and puts it to good use to help Veterans over the Holidays. She tries to uphold daily, “What you do for the least of my brother you do for me”. 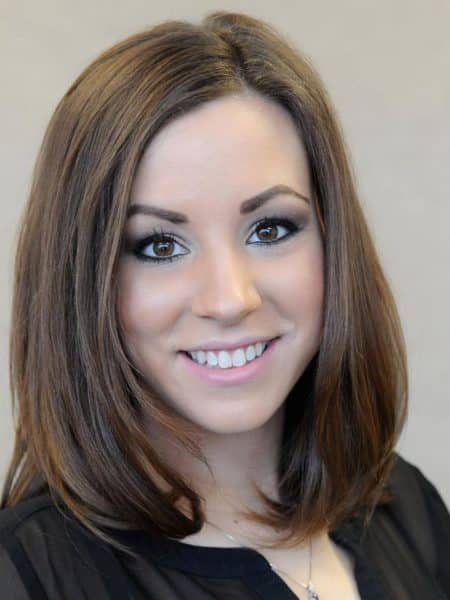 Brooke is a mother of three young daughters, a mortgage professional, and an advocate for our veterans. She has several family members and close friends having served in the Air Force, Army National Guard, and Army. Witnessing first hand the difficulties our veterans face has fueled her passion and dedication to those who have served our great country.

Brooke strives to educate others of the difficulties our veterans encounter on a regular basis. Educating our younger generation is of immense importance to her which is why she involves her own children in many veteran and military events throughout the year. Her goal is to persistently raise awareness for HOOAH and our mission to help our veterans of all branches and eras. She has passionately advocated through various veteran events, held fundraisers, marched with those she cares deeply for and is looking forward to serving on the 1st HOOAH MN board of directors. 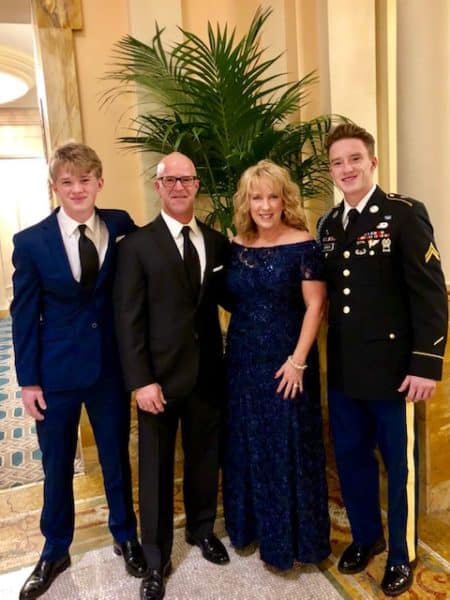 Karin is a wife, mother of 2 sons, small business owner, Veteran advocate and part of a Blue Star family. Karin’s husband of 25 years, Shawn, served our country in the Army National Guard for 11 years and currently works in the mortgage industry. Her eldest son serves as a Sergeant in the 75th Ranger Regiment and youngest son is a UNL college student studying Food Science.

With a family legacy, many Veteran friends and a true passion for military causes, Karin and her husband spend a lot of time supporting military non-profits. She previously served on the Board of Rapport Afghanistan, co-founded a community military support group called Skipper Salute and is involved in many local, grass roots military non-profits. Karin is looking forward to serving on the H.O.O.A.H.MN Board of Directors as she has volunteered for the last 7 years with them on committee work and fundraising. Karin is a strong believer that military non-profits should collaborate and support one another in order to reach and help more of our nation’s heroes.
Karin graduated from The University of Iowa with a BA in Communication Studies and spent 10 years in sales and marketing for Corporate America.

Committee Director,
Bands For the Brave