H.O.O.A.H. is a 501(c)3 Non Profit Organization that is raising funds to build a K9 Memorial at the Ranger Regimental Headquarters at Ft Benning GA to honor our Multi Purpose Canines (MPC). H.O.O.A.H. needs to raise $100,000 to complete this long overdue Memorial to honor the MPCs that saved human lives while sacrificing their own. Please help us reach our goal!

Below is an American hero named Sandy. Sandy worked alongside the United States Army’s Elite 75th Ranger Regiment in the Global War on Terror. During her career, she had the profound responsibility of detecting and locating explosives before they could detonate and harm our soldiers. She was usually the first one to enter a potentially hostile area, searching for militants, IEDs, and other hazards before our soldiers entered after her. Her finely tuned senses and uniquely specialized military training served one specific, vital function – to save U.S. soldiers’ lives. During her distinguished career, she placed her life on the line hundreds – if not thousands – of times. She is credited with numerous apprehensions of enemy combatants and detecting countless explosive devices. A few weeks ago, Sandy was killed in action in Afghanistan. It was her ninth deployment. Sandy will receive no posthumous military medals and it is unlikely you will read about her in the media. No white tombstone will mark her grave and no decoration or recognition will honor her life, other than the extreme gratitude and sorrow felt by the soldiers who’s lives she saved, and that of their families. Sandy will be remembered only by those who worked alongside her and knew her best – as an extremely intelligent, beautiful, black and tan, Belgian Malnois, Ranger Multi-Purpose Canine (MPC). 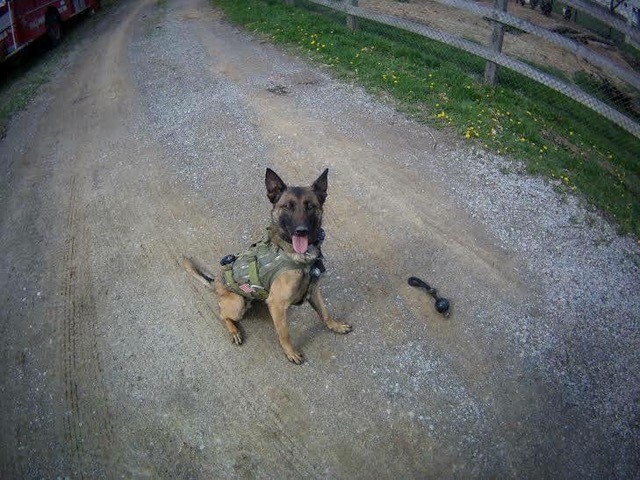 This is MPC Jani. Jani lost his life while on a deployment, when he launched himself directly upon an insurgent wearing a vest-borne IED – his body absorbed the force of the explosion, and saved the life of his Ranger handler. Like Sandy, there currently is no formal recognition of Jani’s life or sacrifice.

PLEASE HELP US RAISE THE NECESSARY FUNDS TO ESTABLISH A MEMORIAL HONORING THESE BRAVE, AMAZING, LIFESAVING RANGER CANINES. Support our Rangers by supporting the dogs that protect them.

Select K9 Memorial from the drop down menu.  THANK YOU!