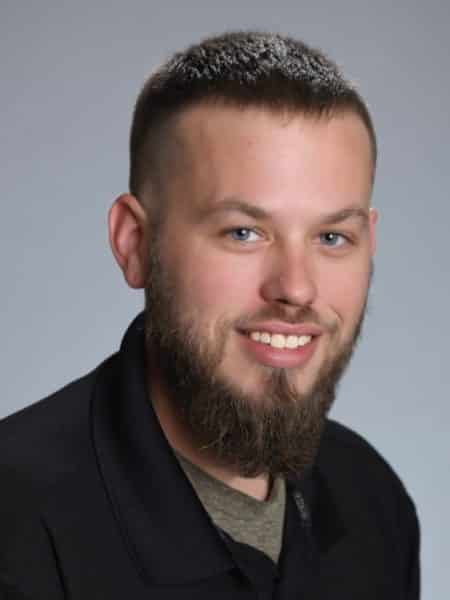 Todd Connor served 5 years in the Army and loved being a soldier. He served as a 25Q and was stationed at Fort Campbell. Unfortunately, he was injured and could no longer serve. When Todd originally got discharged, he felt like a huge part of him was destroyed and didn’t have purpose. Todd struggled with life and the obstacles presented to him from deployment. When he returned home, he became another statistic and got a divorce, started drinking, and more. He was fortunate to have a lot of people in my corner one of which is joining the HOOAH team. Todd now is 100% disabled and retired from the military, 5 years after being MED Boarded. He has worked for many companies after getting out and even started his own company searching for that purpose again. He worked for a cable company, moved on to be a subcontractor, worked on Fort Campbell (where he was fired for having a service dog), and finally his career with Faith Technologies. They support him and his service dog working together to live normal lives and understood the difference and help the service dog provided for Todd.

In between all these jobs Todd had many struggles and obstacles to overcome trying to better himself and find his purpose. He was turned away and mocked for having PTSD and many other issues. His disabilities are only getting worse and causing permanent nerve damage throughout his body, fought cancer, and struggled to move past his disabilities. With the help of his retired 1SGT and his family, they pushed him to be the best person Todd could be and helped him understand his value.

Since being out Todd has lost 4 Soldiers from his unit to suicide and 2 more that he had the pleasure of serving with. He finally, somewhere in this mess, decided that he can’t be another statistic and has to survive for them and keep their memories alive. Todd started receiving phone calls about the processes he has gone through to help those transitioning and needing to talk about life. One of which had lost her husband and contacted wounded warrior for help. She was forgotten about by the Military and WWP. Todd began helping those like me and tried to prevent yet another suicide. He finally felt like he had purpose again and serving something greater than himself. He realized that his oath doesn’t stop, he still has purpose and that purpose is to help veterans (all veterans). The bias view needs to end, and we all need to help our brothers and sisters, stop the suicides, help them transition, make them understand they have something amazing to offer and help ALL VETERANS. There is no reason to turn any veteran away and it should not be acceptable to do so.

Todd’s goal is to start a TN, HOOAH chapter. He wants to make a difference in our community and help those who need it. Not for publicity or profit. Its our duty the day we joined, continue to help our brothers and sisters in arms, and all his board members agree with this vision. The WWP did nothing for a veteran’s family and continue to check the box and have become misguided. Todd truly believe in HOOAH’s purpose and mission. There is no excuse for leaving a veteran behind. We all need to carry out this mission and keep our vets and their families alive. No bias view, no selection process, no checking the box for quota, actually make the difference and stand behind our veterans.

My name is David Ryan Chase and I’m from Hopkinsville, KY. I’m a Navy veteran. Following my time in the Navy, I worked at as a elementary school teacher and then as a Certified Alcohol and Drug Counselor, until I left the field in 2018. In 2019 I along with my cousin(Army Vet) founded the Cynclaire Ruby Rogers Charity Softball Inc. nonprofit organization for Suicide Prevention Awareness. I hold the following degrees: Associate of Applied Science in Human Services, Bachelor of Science in Addictions Counseling, Master of Arts in Human Services Counseling, specializing in Crisis response and Trauma, and I complete my Graduate Certificate in Psychology with a Specialization in Applied Behavior Analysis in March of 2022. I currently work as a Registered Behavioral Therapist, working with kids on the Autism Spectrum. Since 2009, I have worked with many community organizations and charities; helping veterans, troops in combat zones, families, and children in need. 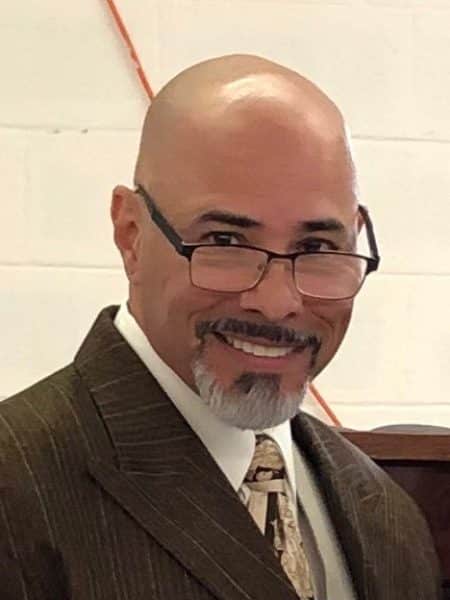 Pastor Angel Luciano is a husband, father, grandfather and a devoted man of God. He was born on June 26, 1965 in New Brunswick, New Jersey, to Angel Luciano Sr. and Nereida Luciano. After graduating from High School (1983), he joined the U.S. Navy where he completed 5 ½ years of service. He then then crossed over to the U.S. Army to further his Aviation career, closely to the 6 year mark and after much thought he decided to leave the military, completing about 11 ½ years of military service.

He then pursued a career in Logistics and Hazmat/Environmental Safety. Throughout his career, Pastor Angel, as he is known today, has felt a void or a calling. Though he had a good life, though he had no need for anything, he still felt as if there was something missing. It was 2006 that this void led him back to Clarksville, TN., his last duty station. It was in Clarksville were he rededicated his life and excepted his calling into the ministry. Its been a long journey, however in 2018, Pastor Angel has been led to build a church “Trinity Church of Deliverance”.

There is a great need within the Clarksville Community, especially to our very own soldiers. Being a prior service member myself, I have come to understand that the sacrifices that we have made in most cases go on without the proper acknowledgment, proper care and support towards those who gave unselfishly. To the cause of freedom, liberty and justice for all. It is this cause that I served my country proudly, that I was then and still am now, willing to die for my country and yet, I too suffer, but my suffering is of a different nature, for a different cause. I suffer for my fellow brothers and sisters who served unconditionally, with sacrifice, who gave themselves to protect and to give the opportunity for freedom to exist everywhere!

I am so sick and tired of seeing or hearing of our fellow bretherens get rejected because they just don’t cut “their” standards or that they just barely made the mark of acceptance. However this country didn’t mind them giving up their all, to include their lives for the freedom of others. That is why I am so passionate in the support of this Non Profit Organization, where we shall strive to support everyone within our means. To assist and not to hinder, to build up and not tear down, to lift them up and not push them down. I am deeply honored to be asked to be part of what I believe will be one of the greatest Non Profit programs to exist in the support of our well deserving veterans.